THE MAN WITH THE GOLDEN ARM
Production: USA, 1955
Director: Otto Preminger
Category: Drug Addiction
From the drug novel by Nelson Algren, the first big-budget Hollywood treatment of heroin addiction came in the wake of numerous cheap exploitation movies on a similar subject. As such, the film actually violated Industry Code regulations on the depiction of narcotics use; nevertheless, Frank Sinatra had signed up to star and, as a result, helped it escape the dreaded “condemned” rating which might have consigned it to the roadhouse circuit. This was a significant milestone in films in America being able to function without an industry seal of approval, and opened the door for other movies to depict drugs (and prostitution, and child birth) activity – which they quickly did in an ever-escalating deluge that irrevocably exploded in the 1960s. Preminger was a mainstream director who continued to cause controversy; his later courtroom drama Anatomy Of A Murder (1959) outraged many viewers by its moral ambiguity and use of terms such as “panties”, “penetration”, and “contraceptives”, while he reportedly took LSD in preparation for the film which finally wrecked his career, the psychedelic screwball crime caper Skidoo (1968). Sinatra appeared in another decent movie, The Manchurian Candidate, but was best known as the short ugly man who boasted of having “more ass than a toilet seat”, and reputedly threatened to have rock star Sid Vicious “whacked” by his mob pals for “desecrating” the masturbatory anthem “My Way”.

Posted by The Purple Gas 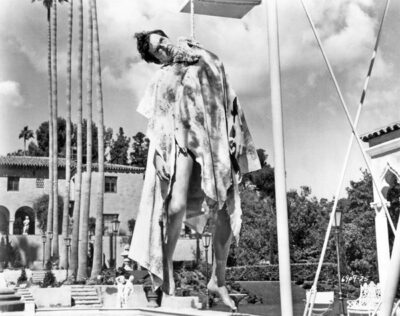 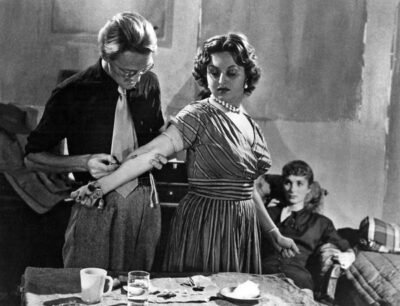 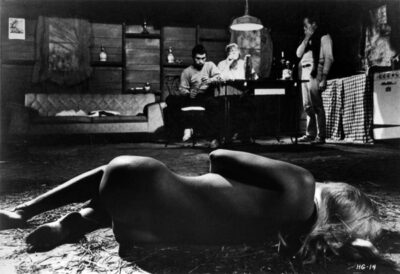